This post was originally published on July 16, to commemorate the first test of an atomic bomb.

Albert Einstein sent the following letter to President Roosevelt in 1939. The fear of Germans acquiring nuclear technology, espoused here, is considered to be the motivation for the U.S.’ creation of the atomic bomb. 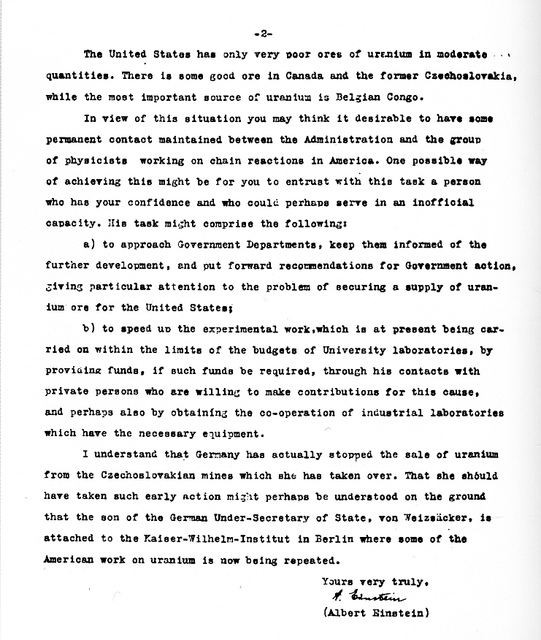 Because of the danger that Hitler might be the first to have the bomb, I signed a letter to the President which had been drafted by Szilard. Had I known that the fear was not justified, I would not have participated in opening this Pandora’s box, nor would Szilard. For my distrust of governments was not limited to Germany.